The Book of Revelation Sequence of Events and the Timeline

NEW TIMELINE CHART! I have created a very detailed chart of the timeline from the Birth of Christ to His return and into eternity.

Download a high resolution jpg image of the chart:

The text below is a companion document that lists the events in the order that they happen, from the Book of Revelation

I'm including links in some of the text below for easy study references.

The book of Revelation can be divided into these three distinct categories:

Rev 4:1 After this I looked, and, behold, a door was opened in heaven: and the first voice which I heard was as it were of a trumpet talking with me; which said, Come up hither, and I will shew thee things which must be hereafter.

Rev 12:1-5 starts with the birth of Christ of the woman who is a symbolic representation of Israel - then v6 leap to the end time

(*) No one can say the Seals are these for sure, but it is almost certain based on all prophecy fitting together like a hand in a glove, and the historical facts.

(**) Again, we can’t say for sure any of the Trumpets have blown yet, and it’s less certain than the Seals, but the first four Trumpets may have already blown!

Any of these could happen next:

Rev 7 the sealing of the 144k will be prior to 5th trumpet for sure, but other than that it could be during final 7 years

Rev 9 the beginning of the 3 woes:

My best guess for the year that the Confirmation of the Covenant will happen:

Rev 11 the temple may be rebuilt during the first half of the final 7 years, but it could be built just prior, and when John measures the temple where it's tread underfoot for 42 months

Rev 6 The 5th seal timeframe could be during the tribulation, just before the wrath of God, but likely not since they're told to rest until their fellowservants are slain, so likely early in final 7 years or early in the final 3.5 years (the time of the tribulation)

Rev 17 power of the 10 kings given to the Antichrist

Daniel, Matthew and 2 Thess "Abomination of Desolation" is at this time

Rev 11 The two witnesses with have power for 1260 days

The Revelation of Jesus Christ

Rev 10 There will be delay no longer

Rev 15 Those that had gotten victory over beast

THIS IS THE DAY OF THE LORD!

The Day of the Lord in Isaiah: 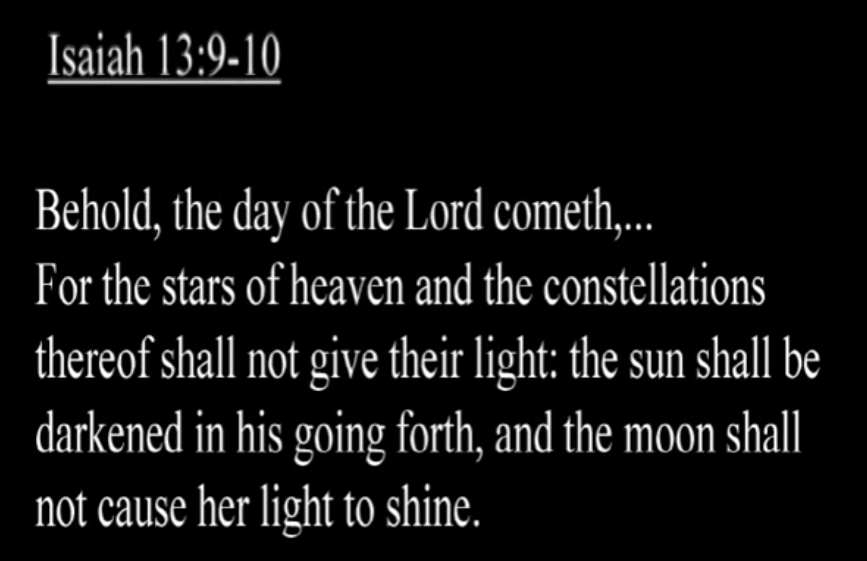 The Day of the Lord in Joel: 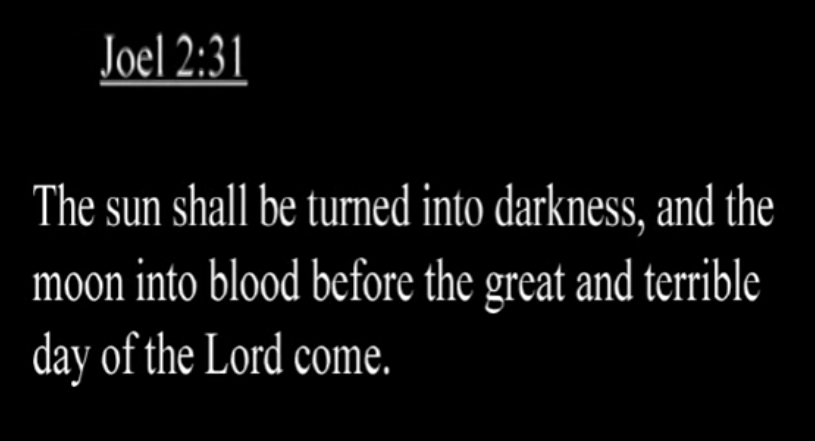 The Day of the Lord in Matthew 24: 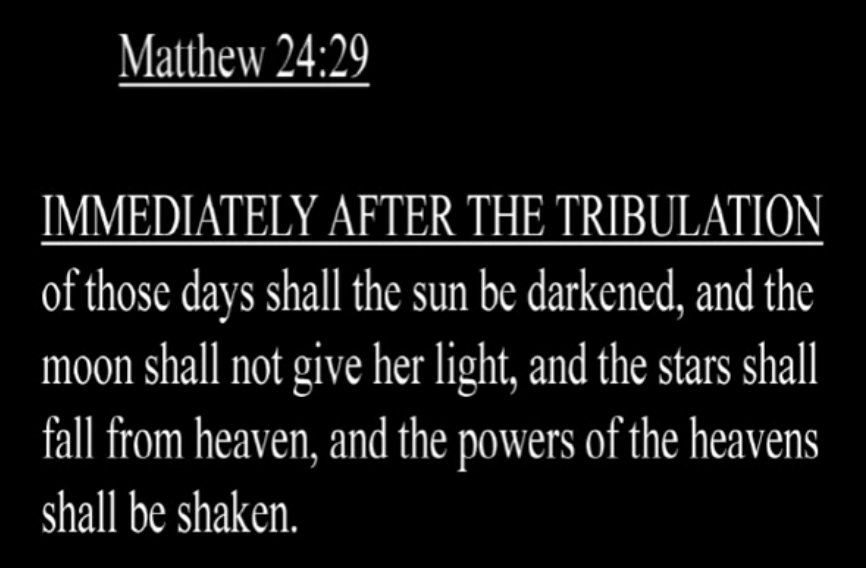 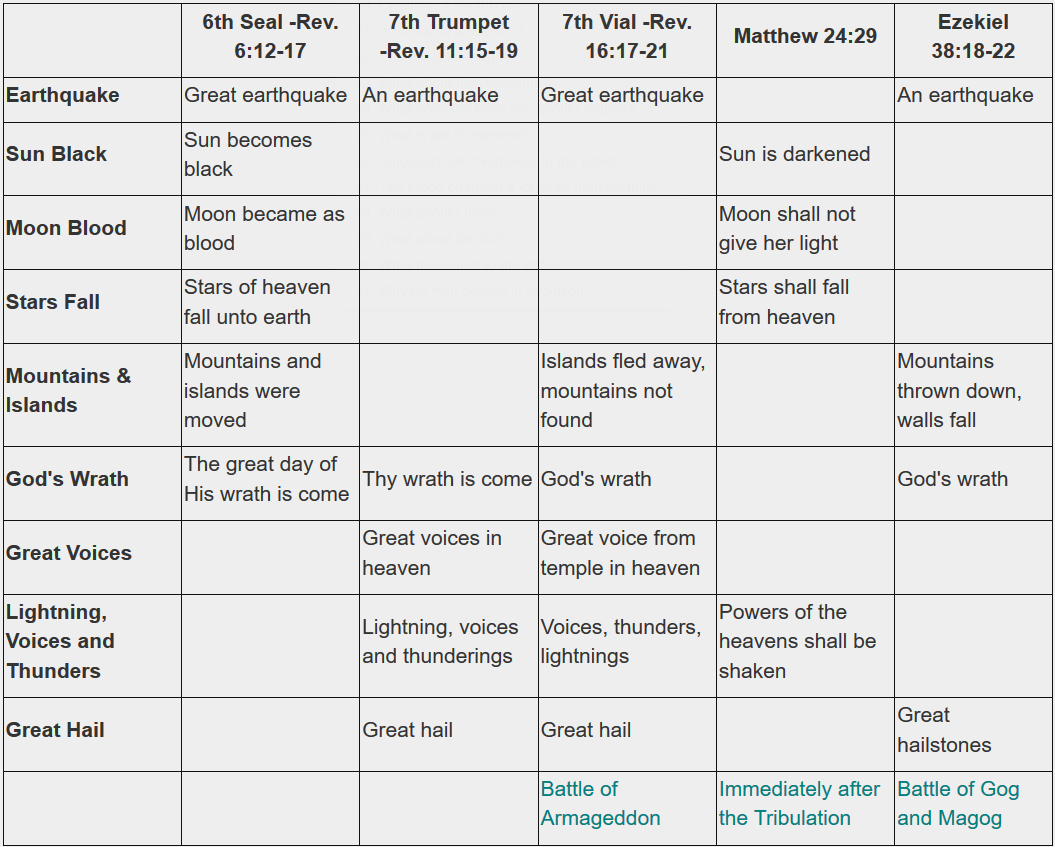 Study the chart and compare what occurs in each scripture.  Each of the passages are describing the same events that occur immediately after the Tribulation at the Battle of Armageddon (same as the Battle of Gog and Magog).

Notice that the Seal, Trumpet and Vial all have an earthquake and the wrath of God is come upon the earth.  Matthew shows the same events that also are shown in the 6th Seal and the events in Matthew happen immediately after the Tribulation, which is when the battle of Armageddon takes place.  The islands and mountains moving, the great hail, God's wrath and the earthquake from Ezekiel are the same as the 7th Vial and except for the hail not mentioned in the Seal, it's also the same.  Likewise the 7th Trumpet has the same events except for mountains moving.  The battle of Gog in Ezekiel is the same event as the battle of Armageddon.

The conclusion is obvious.  All of these events happen at the same time but they are described in several places in the bible.

Rev 14 The wrath of God begins

Rev 15 temple filled with smoke during the wrath

Rev 16 beginning of the Vials - the Wrath of God

Rev 17-18 The judgement of the great whore

Rev 6 The 6th Seal is the wrath of God

Rev 19 The battle of Armageddon

Rev 19 The marriage supper of the Lamb

Rev 20 At the end of the 1000 years, Satan is released and deceives the nations again

Rev 20 The final battle of Gog and Magog

My Revelation study goes over everything in this document and goes into much more detail. Please take a look at it, here: Chapter 10 - Understanding Revelation and the timeline of events

For a full study, read Book 1 on my web site: