Could the "temple" in prophecy be the human body instead of a real temple? Is the Antichrist truly a man or could it be a type of system or government? 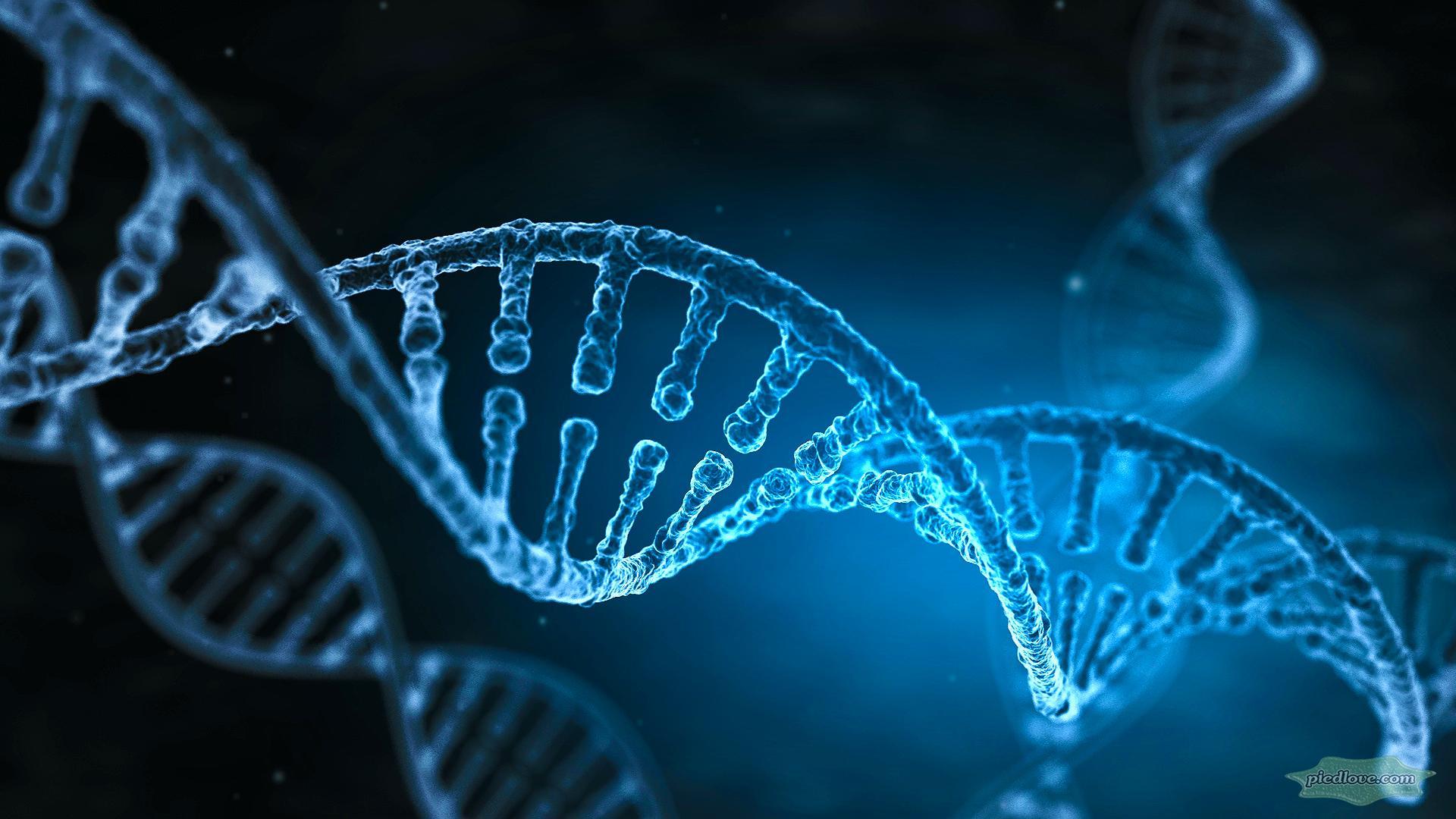 The answer? The End Time temple is a place, not the human body. The Antichrist is a man. I'll prove both of these points right now.

The Third Temple is an actual physical place.

Let's look at the scriptures that talk about this "temple".

Matt 24:15 When ye therefore shall see the abomination of desolation, spoken of by Daniel the prophet, stand in the holy place, (whoso readeth, let him understand:)

Jesus said that we will see the abomination spoken of by Daniel "stand in the holy place".

The event Jesus is referring to in Matthew 24:15 is Daniel 9:27 and Daniel 11:31. The Antichrist will confirm the covenant for seven years and will be an abomination to God and will make it (the holy place; the Temple) desolate.

Dan 11:31 And arms shall stand on his part, and they shall pollute the sanctuary of strength, and shall take away the daily sacrifice, and they shall place the abomination that maketh desolate.

2 Thess 2:4 Who opposeth and exalteth himself above all that is called God, or that is worshipped; so that he as God sitteth in the temple of God, shewing himself that he is God.

This event Paul is referring to in 2 Thessalonians is also the “abomination of desolation”. Three and one half years after the confirmation of the covenant, he will sit in the rebuilt temple of Jerusalem and claim to be God.

This abomination of desolation is an event where the sacrifice and offering (oblation) are being performed, but the Antichrist causes it to stop and he becomes an abomination. These are rituals that were performed by the Jews in the Old Testament to pay for sin (before Jesus became the final sacrifice). This is a physical sacrifice of animals to shed blood for the penalty of sin. It's a physical altar that can only be set up at the Temple. The prophecy shows us that animal sacrifice will be resumed before this event. A temple will have to exist for this to happen.

Daniel 11 is continued into Daniel 12 and gives us the time frame of this event.

Dan 12:7  And I heard the man clothed in linen, which was upon the waters of the river, when he held up his right hand and his left hand unto heaven, and sware by him that liveth for ever that it shall be for a time, times, and an half; and when he shall have accomplished to scatter the power of the holy people, all these things shall be finished. 8  And I heard, but I understood not: then said I, O my Lord, what shall be the end of these things? 9  And he said, Go thy way, Daniel: for the words are closed up and sealed till the time of the end.  10  Many shall be purified, and made white, and tried; but the wicked shall do wickedly: and none of the wicked shall understand; but the wise shall understand.  11  And from the time that the daily sacrifice shall be taken away, and the abomination that maketh desolate set up, there shall be a thousand two hundred and ninety days.

These things are what Daniel 11 and into Daniel 12 just said. It's the time of the Antichrist who will "come to his end", and "at that time", "there will be a time of trouble such as never was". This "time of trouble" is the same thing Jesus is referring to if we continue reading in Matthew 24:15 when He says "when we see the Abomination of Desolation spoken of by Daniel the prophet", Mat 24:21 "then shall be great tribulation, such as was not since the beginning of the world to this time, no, nor ever shall be."

So Daniel and Jesus together specifically say that the Abomination of Desolation will start the Great Tribulation and that it will last for 3.5 years.

This shows us that it will be the event in the middle of the final 7 years, and that it will begin the tribulation, which will end at the return of Christ (the end of these things).

I showed all this timing so that we know for sure that this is all encapsulated in that final 3.5 years and will happen just as we expect it to based on what we are shown in the prophecies. The temple may be rebuilt before the final 3.5 years begins, but the abomination and the time of the Antichrist will definitely be that last 3.5 years.

How do we know this isn't referring to some spiritual sacrifice and oblation (offering) and a spiritual temple?

Because we can prove that this Antichrist is a man who actually sits in the temple, physically.

The Antichrist is definitely a man

Dan 7:21 I beheld, and the same horn made war with the saints, and prevailed against them; 22 Until the Ancient of days came, and judgment was given to the saints of the most High; and the time came that the saints possessed the kingdom. 23 Thus he said, The fourth beast shall be the fourth kingdom upon earth, which shall be diverse from all kingdoms, and shall devour the whole earth, and shall tread it down, and break it in pieces. 24 And the ten horns out of this kingdom are ten kings that shall arise: and another shall rise after them; and he shall be diverse from the first, and he shall subdue three kings. 25 And he shall speak great words against the most High, and shall wear out the saints of the most High, and think to change times and laws: and they shall be given into his hand until a time and times and the dividing of time.

Dan 11:37 Neither shall he regard the God of his fathers, nor the desire of women, nor regard any god: for he shall magnify himself above all. 38 But in his estate shall he honour the God of forces: and a god whom his fathers knew not shall he honour with gold, and silver, and with precious stones, and pleasant things.

He's not the devil himself as some teach, but he is definitely a man who has "fathers". The devil does not have "fathers" nor does a "system".

Rev 19:20 And the beast was taken, and with him the false prophet that wrought miracles before him, with which he deceived them that had received the mark of the beast, and them that worshipped his image. These both were cast alive into a lake of fire burning with brimstone.

Rev 20:1 And I saw an angel come down from heaven, having the key of the bottomless pit and a great chain in his hand. 2 And he laid hold on the dragon, that old serpent, which is the Devil, and Satan, and bound him a thousand years, 3 And cast him into the bottomless pit, and shut him up, and set a seal upon him, that he should deceive the nations no more, till the thousand years should be fulfilled: and after that he must be loosed a little season.

Dan 7:11 I beheld then because of the voice of the great words which the horn spake: I beheld even till the beast was slain, and his body destroyed, and given to the burning flame.

This passage says that the 4th beast, the representation of the Antichrist (the little horn), is slain and his BODY destroyed. This is the same declaration we see in Rev 19 where the Antichrist and False Prophet are cast into the lake of fire.

He is most definitely a man.

So this man of sin, who sits in the temple is an actual physical man.

2 Thess 2:3 Let no man deceive you by any means: for that day shall not come, except there come a falling away first, and that man of sin be revealed, the son of perdition;

When he sits in the temple claiming to be god, that's when we will know for sure who he is.

And, when we're told that his number will be 666, we see that he is a man, specifically, not a system or the devil or anything else, he's a man.

Rev 13:18 Here is wisdom. Let him that hath understanding count the number of the beast: for it is the number of a man; and his number is Six hundred threescore and six.

Rev 11:1 And there was given me a reed like unto a rod: and the angel stood, saying, Rise, and measure the temple of God, and the altar, and them that worship therein. 2 But the court which is without the temple leave out, and measure it not; for it is given unto the Gentiles: and the holy city shall they tread under foot forty and two months.

John, when he was on the Isle of Patmos and shown the Revelation of Jesus Christ and all the visions of the End Time, was after 70 AD, after the Second Temple was destroyed.

The measuring of the temple and the holy city being tread under foot shows us that there will be a physical temple, with an outer court, amidst the city of Jerusalem.

This is another proof that it will be an actual physical place. The temple will be rebuilt.

An organization called the Sanhedrin, working with the Temple Institute in Israel, is already planning and rebuilding the temple off-site, just as the first temple was built, and when the temple mount is shared (probably placed under UN security control) they will be able to put it together very quickly. All of the utensils, furniture, clothing, etc., is completely finished and ready for use in the temple, and the blueprints and plans for the temple itself are done (they used to have them online, but they are being kept secret to avoid causing Muslims to attack and cause problems before they can finish). When I visited Israel in 2007 I stood next to the corner stone they have ready to place as soon as they get permission to build the temple.

Many people also believe that the Muslim mosque will have to be torn down in order to rebuild the temple, but recent discoveries have shown that the actual location for the Jewish Temple is over a place that is currently called the Dome of the Spirits, where there is adequate room to build the temple. The temple mount will be shared, and we know this because John was told to measure the Temple in Rev 11:1-2 but was told to leave out the outer court because it would be occupied by Gentiles for three and a half years. It will likely be policed by UN peacekeepers. 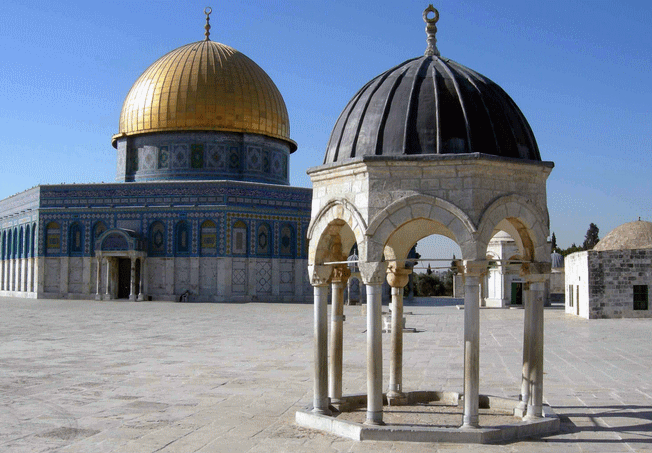 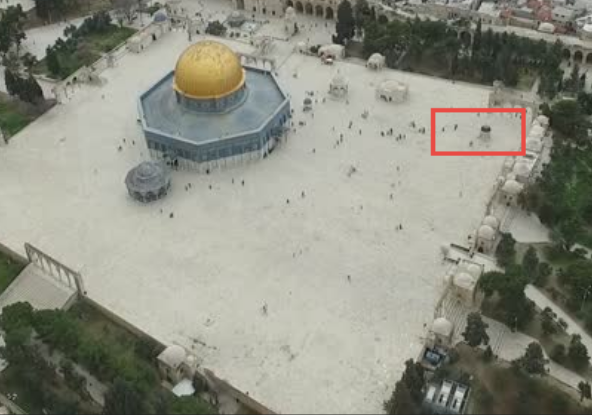 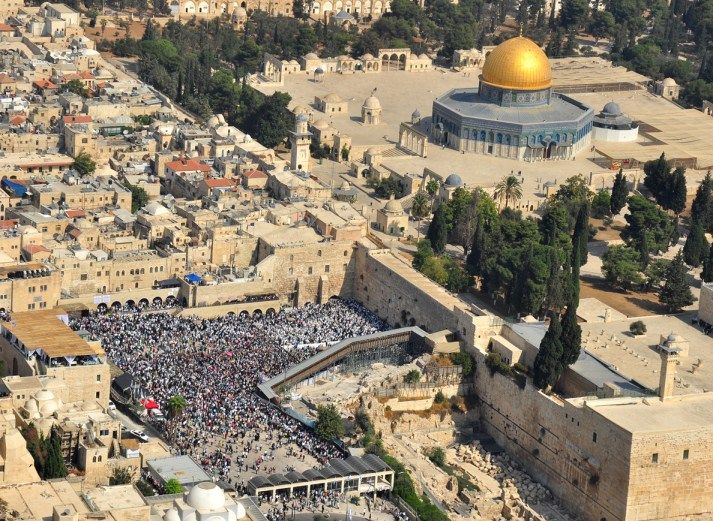 The space on the side of the temple mount adjacent to the mosque has room to build the Jewish Temple. They also have reportedly already sacrificed a red heifer for the purification ash, and have an altar ready to place to resume animal sacrifices. The Jews who are mired in Judaism and do not believe in Jesus are clamoring to get this done so they can offer sacrifices!

One thing to note: The temple being rebuilt, and sacrifices being offered is not required nor is it ordained by God. It's the Jews who do not believe in Jesus who will resume these things. They are not doing the will of God, but God is simply showing us what will happen.

Some additional information for in-depth study:

More information the Antichrist - VIDEO link on this page!

The Mark of the Beast

The 3.5 years we see over and over in End Time prophecy

Preterism and post-millennialism is impossible!

The signs of Jesus' return and the End of the World