Common misunderstandings about modern Israel (in Rabbinic Judaism) and the Jews, and what the Jewish End Time prophecy expectations are. 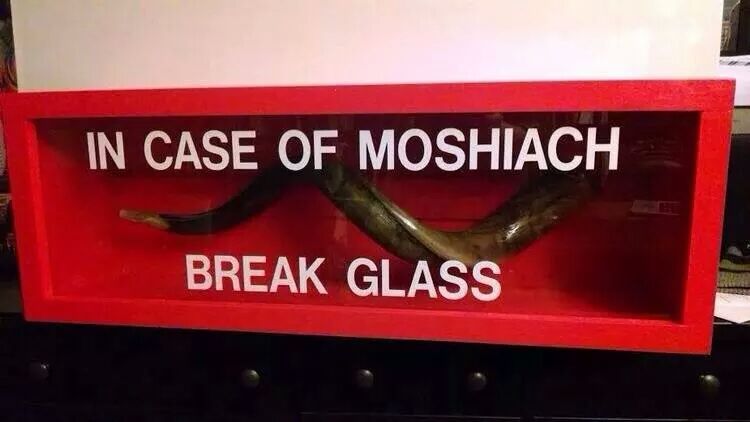 Satan has set the Jewish people up just like the rest of the world for Bible prophecy to unfold without them realizing the lies they believe are wrong, just like the Muslims, Catholics, etc.

The modern Rabbinic Jews are awaiting the imminent arrival of the Moshiach (messiah)!

Common misconception is that Israel itself and the Jews are somehow "special", some believing they will all go to heaven, even though they don't believe in Jesus.

Let's dispel that right off the bat...

It's important to note that modern Rabbinic Judaism comes down from the Pharisees of the time of Jesus.

Remember that Jesus rebuked them, called them snakes, blind guides, hypocrites, evil and full of iniquity, and said their father is Satan!

The "Holy Men" of that day, looked up to by most Jews, were apostate!

But the Jews today even state that the Pharisees are the "spiritual fathers" of modern Judaism!

On a side note: This is sadly a picture of the state of "Christian" churches today. Pharisee type hypocrisy and false teaching is rampant among the preachers and teachers of the modern Protestants, Evangelicals, Baptists, Lutherans, etc.

The Jews mired in Rabbinic Judaism today are deceived as badly as the rest of the world, Muslims, Catholics, Atheists, Hindus, etc...

The lying wonders that Satan has laced in the world will also fool the Jews in the End Time.

However, that deceit will manifest in a slightly different way for the Jews, it seems. Satan has put a different twist on the lies he feeds unbelieving Jews.

If you've seen my documentation on the Islamic and Catholic prophecies, then you know how Satan has set up an exactly opposite mirror so when the Bible's prophecy comes to pass, they'll think it's their prophecy and will be fooled completely by it. Haven't seen it? - click here

But the deception in Israel will be a little different.

Take a look at what their mainstream beliefs are concerning End Time prophecy:

Another belief of Jewish prophecy actually says that there will be two Moshiach's and that the second will resurrect the first.
- I believe this comes from a common misunderstanding of Revelation 13.
- The "deadly wound" was healed...
- The deadly wound happens to one of the heads of the beast, not the beast itself, or a man.
- So it's not the Antichrist (the man) who is wounded as many believe.
- It's ironic that they use Revelation in some of their prophecy beliefs, but they do not believe in the New Testament.
- Just like other "prophecy" teachers these days, they don't understand it and get it all wrong.

Remember, these are FALSE prophecies and they're being set up by Satan like the rest of the world!

Remember, these are FALSE prophecies and they're being set up by Satan like the rest of the world!

If you're confused about the Jewish calendar and the incorrect dates, don't worry about it. The Jews on one hand will correctly show Abraham and the Promise to be approximately 2000 AA (After Adam), and David at about the 3000 year mark, but they hate that Jesus came at the 4000 year mark because they don't believe in Him. So, modern Jews shorten the timelines and skew it just enough to put the Temple Destruction a couple hundred years before the actual time it happened, and ignore the life and time of Christ. It's just them trying to make things work the way they have it established in their minds, even though it doesn't fit the actual timelines.

Again, if you've studied Bible prophecy, and understand the timeline God gave us, you know that it's impossible for the actual Messiah to come in less than a year. So, we know that if a man does appear on the scene that they claim is the Moshiach, it will be an impostor. A false Christ.

What is very interesting is that these timelines do connect with the real timelines in unique ways.

We know that the return of Jesus is imminent, and that it's definitely at the point in time, now, that will end the current era and begin the millennial reign of Jesus Christ. We are at 6000 years from Creation, and most certainly in the Last Days right now.

So, when the Temple is rebuilt in Jerusalem, after the Confirmation of the Covenant, their Moshiach is supposed be someone who is instrumental in making that happen.

They will lift him up as their awaited Messiah.

But, remember what happens at the Abomination of Desolation? The Antichrist will stop the sacrifice and oblation, and sit in the Temple of God claiming that he is god.

I would be willing to bet you a million bucks that he will also kill this man who the Jews believe is their Moshiach.

So then they will know it wasn't really the Messiah, and many will likely fall for the False Prophet who will be doing miracles and claiming to be Jesus.

Those that don't will be hunted down and killed.

Satan set this up perfectly, understanding that the Jews won't be fooled by the Antichrist and False prophet like Muslims and Catholics will, but they will be awaiting their Messiah and will need to have a different path of deception to lure them into his trap.

He also hates Jews, so he wants to kill them all rather than having them worship him like the rest of the world. Make them lose hope, demoralize them, and then hunt them down and kill them.

Satan has the whole world sitting on the edge of their seats, awaiting the false prophecies that he will use to fool them when the real prophecies of the Bible come to pass.

Everyone who believes these lies will be fooled completely by the Antichrist and False Prophet when they appear on the world scene...

Just like all other false religions and their false prophecies, there's a lot more than just what I've mentioned here, but this is the mainstream belief of Jewish End Time prophecy.

And interesting perspective I found from a Jew living in Brooklyn, New York: Two people groups that are both looking for a "hidden" savior. The Lubavitchers and their "hidden" Moshiach and the Shiite Twelvers and their "hidden" Mahdi. One group is Jewish and one group is Muslim, and, as it happens, Israel and the Muslims are at the moment headed for a Nuclear showdown that could spark Armageddon.

It shows just how many lies Satan has laced into the world to fool as many as possible when the Bible proves true.

For information of the Book of Revelation - click here