The Mark of the Beast in Bible Prophecy; What is it? Is it already here? 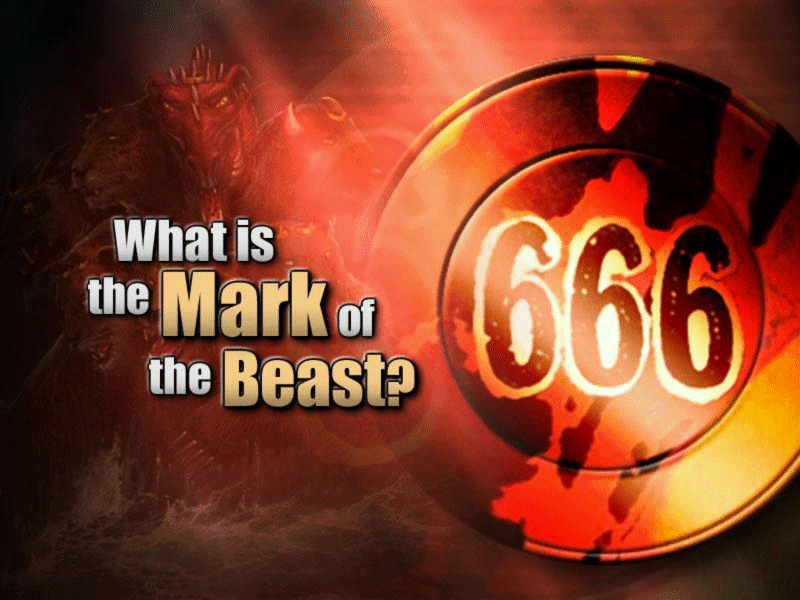 What is this mark, and what does 666 mean? Can we take it without knowing? Is it the Corona Virus (COVID-19) Vaccine?

I've had a lot of people ask me about the COVID Vaccine and if it could be the mark of the beast.

The short answer is; No. The COVID Vaccine is not the mark of the beast.

Take a look at the scriptures that talk about this mark:

Rev 13:16 And he causeth all, both small and great, rich and poor, free and bond, to receive a mark in their right hand, or in their foreheads: 17 And that no man might buy or sell, save he that had the mark, or the name of the beast, or the number of his name.

This "mark" will be used to sanction people at an individual level. It'll be put on every person so that you can't be part of the economic system without it. Meaning you won't be able to have a job, a bank account, fly airplanes, take a bus, own a house, etc. It will be forced on everyone when the Antichrist takes power. It will not be something you have to wonder about. It will be obvious if you know what to look for. The Bible tells us that the Antichrist will implement a world wide numbering system and this will most likely be a chip implanted, or an RFID tattoo, in the right hand or the forehead with an ID number. With current technology, this would not be that hard to implement. They do this already with a tattoo ink on animals that uses RFID technology to document the animals medical records and identity. Now wouldn't that be considered a "mark"?

But is the COVID Vaccine, or the Vaccine Passport, a possiblity? Again, no. It will definitely be a similar type of system that they will use, but it is definitely NOT the mark of the beast yet.

This is a great example of letting scripture interpret scripture and how we must read the entire Bible to get the whole picture and cannot just read a single verse and speculate on it.

There are gazillions of people who theorize what this mark is, and many even say they know what it is and show you their theories and spin them to be very convincing! Please do not pay attention to those people! Don't watch their videos, or read their articles, or listen to their podcasts... Satan has flooded YouTube, Facebook, Twitter, etc., with mis-information to bury the truth under tons and tons of lies.

The Antichrist IS A MAN, not a system, or the Deep State, he's a man.

Paul told us at what point the Antichrist would be revealed; At the time of the Abomination of Desolation:

2 Thess 2:3 Let no man deceive you by any means: for that day shall not come, except there come a falling away first, and that man of sin be revealed the son of perdition;  4  Who opposeth and exalteth himself above all that is called God, or that is worshipped; so that he as God sitteth in the temple of God, shewing himself that he is God.

The Abomination of Desolation is when this man sits in the rebuilt Temple and claims to be god. This is when we will be able to recognize him for who he is; The Antichrist.

The Antichrist will not be able to be identified until the Holy Spirit allows it to be revealed in his time.

2 Thess 2:6 And now ye know what withholdeth that he might be revealed in his time 7  For the mystery of iniquity doth already work: only he who now letteth will let, until he be taken out of the way.  8  And then shall that Wicked be revealed whom the Lord shall consume with the spirit of his mouth, and shall destroy with the brightness of his coming:

And, when we read the rest of the scriptures that tell us more information about this mark, we see that it will come with worship of this man, and that it will come with some kind of oath or pledge to his "New World Order", and may mean conversion to Islam or at least a vow to obey Sharia law and be subject to Muslims.

Notice that it's always associated with worship and taking his mark on the right hand or forehead.

And don't forget, he'll be promoted by a miracle working man, the Second Beast (the False Prophet), who will deceive the world by doing miracles and claiming it's the power of God, but it will in reality be the power of Satan. Rev 13:4 shows it's Satans power that the Antichrist uses and the False Prophet will do miracles "in the sight of the beast", v14, meaning he likely will only be able to do them when he's near the Antichrist.

The Second Beast (the False Prophet) - Rev 13:12 And he exerciseth all the power of the first beast before him, and causeth the earth and them which dwell therein to worship the first beast, whose deadly wound was healed.  13 And he doeth great wonders, so that he maketh fire come down from heaven on the earth in the sight of men,  14 And deceiveth them that dwell on the earth by the means of those miracles which he had power to do in the sight of the beast; saying to them that dwell on the earth, that they should make an image to the beast, which had the wound by a sword, and did live.

And Rev 13:1-3 show it's the combined nations of Daniel 7 prophecy that he will use as his military and political power base. (see link below)

There are many things that must happen before the mark of the beast can be implemented. It is definiely not here yet.

While we do have the ability to enforce the mark of the beast in Rev 13 with today's technology, it just helps us see how close we are to the time of the Antichrist. Today they are already using chips under the skin and RFID tattoos on animals and people. This is the mechanism that will almost certainly be used by the Antichrist to impose sanctions on individuals.

It's also interesting to know that the sign of compliance for Islamic Jihad is represented by headbands and/or armbands on the right arm, which are the two areas mentioned in the Bible where the mark will be placed.

Take a look at the links listed below to learn more about the days we're heading into. It's amazing how well God painted the pictures for us to see today. We don't need to worry. We can know exactly what to expect and understand how it will all play out by just studying prophecy in the Bible!

And we do not need to worry about taking the mark of the beast unknowingly. Those who are full of the Spirit of God will not be fooled by the lies of Satan and his miracle working False Prophet and the Antichrist. We will see it for what it is, without a doubt!

Since you've read this, you know, and I cannot stress enough that you cannot take that mark! It will most likely come with a "pledge of allegiance" to the New World Order or to the name of the Antichrist or something similar and they will probably accuse you of being a terrorist or a non-conformist and a menace to society if you refuse to take that pledge, and condemn you for refusal.

As you can see in the link below, it is very likely that it will be a Muslim Antichrist and Islam will be the religion that is forced on the world. It's likely that everyone will be forced to become a Muslim or be killed. And as I said above, Muslims wear arm bands and head bands to signify their allegiance. It's possible that this could be the "mark" of the beast since by wearing it you "show your allegiance" and are marked as a loyal Muslim.

Keep the faith as mentioned in Rev 14:12 and be patient! If you do not, you will suffer infinitely more than a few hunger pangs and persecution, or even death! Do not take the mark!

The nations of Daniel 7 become one in Revelation 13

How to identify the Antichrist

Why is it almost certain that the Antichrist will be a Muslim?