Pope Francis says you don't have to believe in God to make it to heaven. 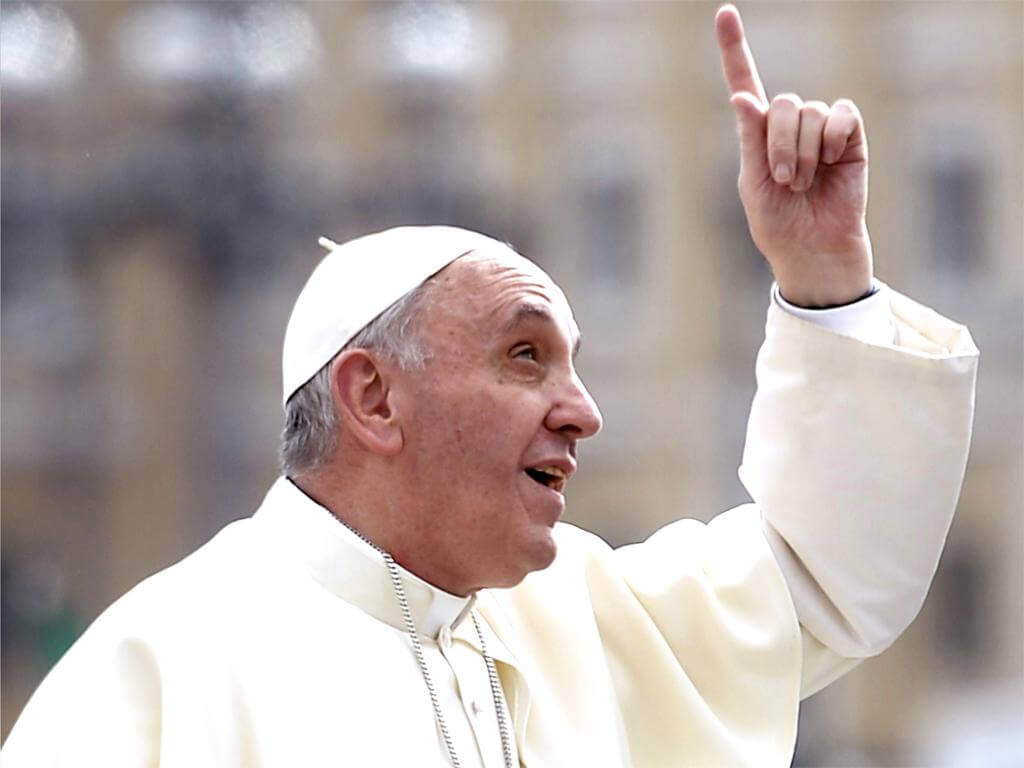 Even though it initially appears that St Malachy was wrong about this Pope in his prophecy about the last Pope, things could change.  He has already called Bartholomew "my brother Andrew", a reference to the apostle who was the brother of St. Peter.

Regardless, the following statements go completely against the Word of God and prove beyond a shadow of a doubt that this man will do anything to promote Interfaithism and the New World Order.  Watch closely what happens with Syria and the Middle East in the coming days, and keep your eye on Pope Francis when things really start to heat up.  I believe he will be the Pope who alligns himself with Islam and claims to be Jesus Himself.

Pope Francis Assures Atheists: You Don't Have To Believe In God To Go To Heaven

In comments likely to enhance his progressive reputation, Pope Francis has written a long, open letter to the founder of La Repubblica newspaper, Eugenio Scalfari, stating that non-believers would be forgiven by God if they followed their consciences.

Responding to a list of questions published in the paper by Mr Scalfari, who is not a Roman Catholic, Francis wrote: "You ask me if the God of the Christians forgives those who don't believe and who don't seek the faith."

I start by saying (and this is the fundamental thing) that God's mercy has no limits if you go to him with a sincere and contrite heart. The issue for those who do not believe in God is to obey their conscience.

'Sin, even for those who have no faith, exists when people disobey their conscience.'

Robert Mickens, the Vatican correspondent for the Catholic journal The Tablet, said the pontiff's comments were further evidence of his attempts to shake off the Catholic Church's fusty image, reinforced by his extremely conservative predecessor Benedict XVI.

"Francis is a still a conservative," said Mr Mickens. "But what this is all about is him seeking to have a more meaningful dialogue with the world."

In a welcoming response to the letter, Mr Scalfari said the Pope's comments were further evidence of his ability and desire to overcome barriers in dialogue with all.

In July, Francis signalled a more progressive attitude on sexuality, asking: 'If someone is gay and is looking for the Lord, who am I to judge him'

I fear for Catholics and Christians who follow this man...